Etihad Museum received valuable recognition twice last week, in the form of prestigious awards. The first from Construction Week Magazine,  by being a Highly Commended Commercial Project of the Year, and the second from Future Cities Magazine, by being a winner of Iconic Cultural Project of the Year. Both accolades were awarded during Construction Week’s annual Awards Ceremony and at Future Cities Awards function respectively, and both events were well attended by leaders and members of the UAE and regional construction industry. 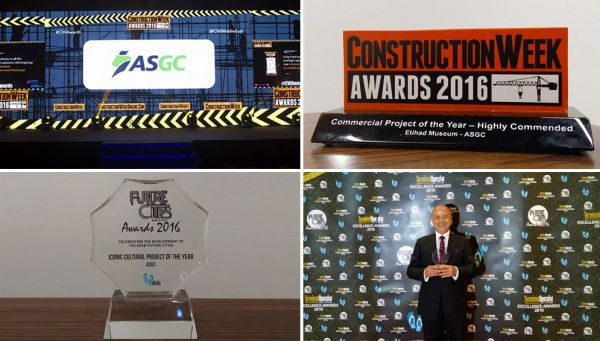