ASGC, ALEC and Ithra Dubai win big at the Big Project ME Awards 2019

The 2019 edition of the Big Project ME Awards took place on November 26, 2019 at The Oberoi Hotel in Business Bay, Dubai. The event attracted a crowd of more than 250 construction industry professionals, with CEOs, managing directors, division heads and other senior level figures in attendance to celebrate the successes of the regional construction industry for the year.

Held annually, the event was hosted at The Oberoi for the first time, with guests assembling at the Grand Hall for the celebration, which included a gala dinner and awards ceremony. Situated in Dubai’s iconic Business Bay neighbourhood, the area’s stunning architecture provided a fitting backdrop for the night’s proceedings. 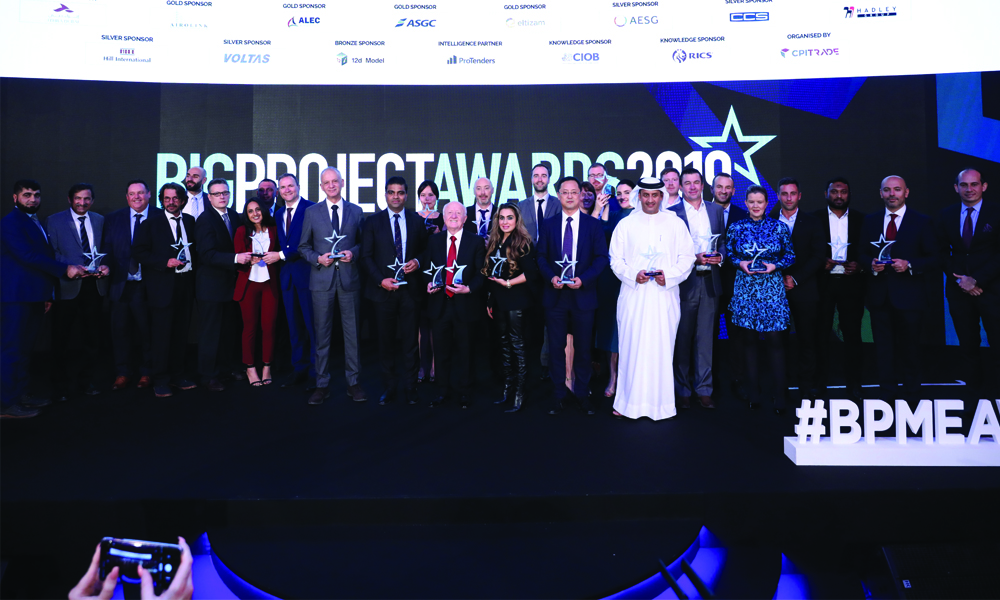 Having grown into one of the most recognised and well-regarded award nights in the construction industry, this year’s event featured submissions from a raft of contractors, subcontractors, developers, consultants, suppliers and manufacturers from across the GCC and MENA region.

This year’s awards saw more than 140 nominations filed for consideration across 23 categories, with several high-profile and prestigious projects, contractors and developers vying for the biggest prizes on the night. Amongst the nominees for the awards were local government authorities and bodies, including Dubai Municipality, Ministry of Infrastructure Development and Sharjah Electricity and Water Authority.

“The Big Project ME Awards 2019 was another massive success for us, and we’re extremely delighted with the response the event has had. The high attendance levels and the audience engagement we saw on the night showed us how valued and respected these awards are by the region’s construction sector. I’m delighted to see that we had a number of first-nominees and winners taking part this year,” said Raz Islam, managing director of CPI Trade Media, the organisers behind the event and publishers of Big Project Middle East magazine.

“It’s always a pleasure to see the passion and appreciation the industry has for our awards and events, and I must say that I found the quality of nominees fantastic. I would like to offer my congratulations to all those who took part – especially the winners and those shortlisted.”

For 2019, the two biggest awards of the night went to ASGC, the Dubai-based contractor, who was named as Contractor of the Year, while it’s work on the Coca-Cola Arena was recognised by the judges as the Project of the Year.

Ithra Dubai, the event’s Platinum Sponsor, also went home with the Developer of the Year Award, as well as the Big Project ME Mixed-Use Project of the Year for One Za’abeel.