SABIS International School – Aljada (SIS-Aljada), has opened its doors for the 2021-2022 academic year in Sharjah’s largest residential community, 2.2km2 and $6.5bn (AED24bn) Aljada, which is being developed by UAE developer Arada.

The school spans an area of 60,000m2, and includes an indoor swimming pool, shaded play area and an indoor multipurpose hall.

The final capacity of the school is such that it can cater to 3500+ students in total. 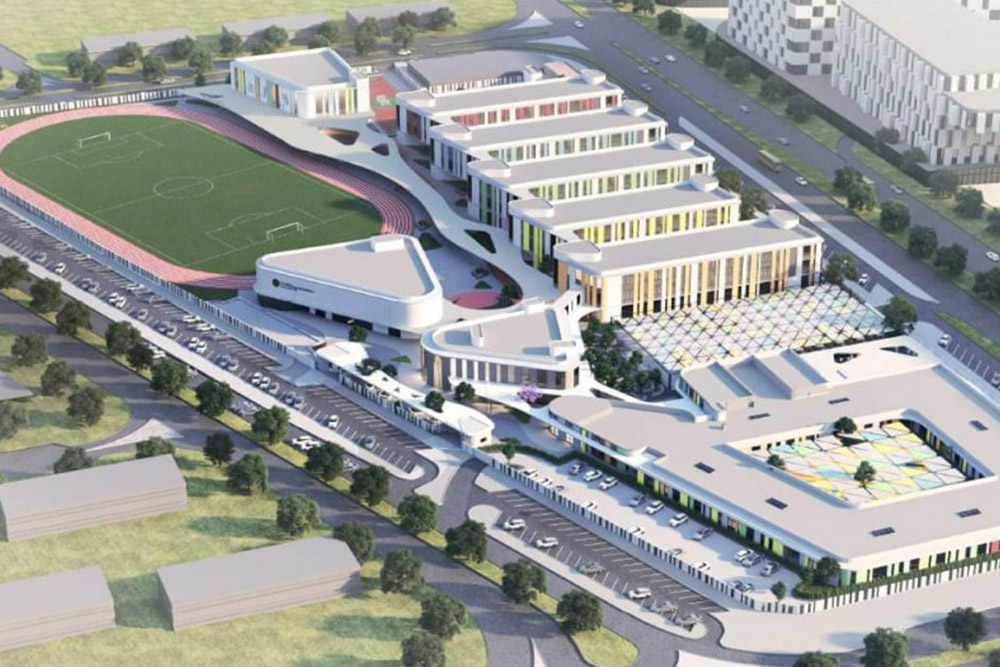 Al Zamalek General Contracting secured the contract for Phase 1 of the school. The contractor has previously constructed two other SABIS Network schools, including The International Schools of Choueifat in Umm Al Quwain and Ras Al Khaimah.

Earlier this year, ASGC also won a contract to build the Masaar Experience Centre, while the contract for infrastructure design and supervision consultancy services at Masaar was awarded to US engineering consultancy Parsons Overseas Limited.

Construction will begin immediately on the Experience Centre, and is scheduled to be completed in six months. As part of the same contract awarded to ASGC Construction, Masaar’s first property, a five-bedroom show villa in the Sendian district will also be built and completed by the end of 2021.

Upon full completion, SIS-Aljada’s world-class facilities will include science and computer laboratories, a performance hall and extensive sports facilities including a semi-Olympic pool, an indoor basketball/tennis court, an Olympic soccer field and an athletics track.

Commenting on the school project, Ahmed Alkhoshaibi, Chief Executive Officer of Arada, said: “This is one of the most important milestones in our journey to make Aljada a truly comprehensive living experience for families. SIS-Aljada is an exceptional asset for the local community and is also in keeping with Sharjah’s commitment to providing a world-class education for all.”

The school’s location within the Aljada master plan means that it is ideally located between Sheikh Mohammed bin Zayed Road, University City and Sharjah International Airport, and is only a 15-minute drive from Dubai. Aljada is Sharjah’s most popular mixed-use destination, with a projected eventual population of over 70,000.